Staff Scientist - Bing Zhu, Ph.D.
Bing characterized a novel role for the ER protein, membralin as a component of the ERAD complex, and is an essential part of the hMGL team which established an analysis pipeline to characterize mutations associated with AD risk in an ES-based human microglial model. Bing is currently working on elucidating new mechanisms of pathogenesis for TREM2 in AD. 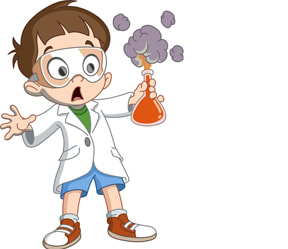 Postdoctoral Researcher - Xiaoguang Li, Ph.D.
​Xiaoguang has expertise in animal surgery and behavior, and has played an integral role in many projects in the lab. His research is currently focused on elucidating novel roles for SNX27 and SORLA in mediating neuroprotective effects in AD.

Mira Chokshi, lab assistant
Mira Chokshi is a student at the University of California, San Diego, pursuing a B.S. in Pharmacological Chemistry. While working at the Huang Lab, she hopes to expand her knowledge as well as gain vital experience in scientific research for her future career path.  Along with her studies, Mira is also the performance director for her South Asian Fusion A Capella team, Sitaare.

​FRIENDS OF THE HUANG LAB 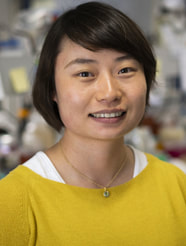 Wei Jiang, Ph.D.
Another friendly face from downstairs, ever-present in the HUANG lab. Wei received her Ph.D. degree in Toxicology from the University of Nebraska Medical Center in 2012. She continued to work in Dr. Lockridge's lab as a postdoctoral researcher. Wei joined Dr. Kaufman’s lab at SBP in Oct 2018 as postdoc, investigating ER stress and neurodegenerative diseases.

Barbara Ranscht, Ph.D. (Professor Emeritus)
A friendly face, and welcome guest to the HUANG lab.
Barbara is investigating potential neuroprotective effects of the adipokine, Adiponectin in the Central Nervous System.